An update on Tube Riders: Revenge

I've been writing like a pack mule these last two months, 70,000 words in July and now 73,000 in August, the two biggest months of my entire life by some distance. I've had barely any time to promote the books already out and my sales have dropped off a cliff. However, Tube Riders: Revenge, the book I wasn't even planning to start until September (oh, the pointlessness of making plans, haha) is in the closing stages. I'm sitting at around 120,000 words, and I'm hoping to finish it in the next week. That's right, the next week. I can't guarantee it, but it's looking like it'll wrap in about 15,000 words, which is only 2k a day. Easy ...

After that, I'm going on a short vacation, and when I get back I will be jumping on the editing treadmill to get both Exile and Revenge out as soon as possible. I'm not just doing this for the readers, I'm doing this for me, because I really want to see these two books out of the door. They're long, and they've taken up the vast majority of my free time for the last year. I've become a bit of a hermit, I've put on far too much weight (I'm not joking, like 4kg, haha) and I really want to see the Tube Riders story, at least this part of it, over. I'm right up there in the dying embers, and its great. Cool stuff is happening, and the end is in sight.

That's all for now.

Be on the lookout!

An update on the Tube Riders series

Yesterday I finished Chapter Thirty of Tube Riders: Revenge, the final part in the Tube Riders Trilogy. It's currently totalling just under 80,000 words, so based on the lengths of the previous two books its about halfway done.

My original plan was to start writing Revenge in September, write it over the winter and then publish it next summer. My current plan - one that is pretty likely at my current rate of progress - is to finish it IN September.

I've had a couple of angry emails asking when Tube Riders: Exile (Tube Riders Trilogy #2) will be out, because as readers of this blog will know, I finished writing the draft way back in February. I've done a fair bit of editing work on it, but Revenge was crying out to be written and I had to answer the call.

It does make me feel a bit stupid to be talking about the progress on Book 3 when Book 2 is still sitting on my hard-drive, but finishing Revenge before I release Exile actually makes a lot of sense for me.

The Tube Riders was written in 2009 and was originally a standalone book. I had no plans to make it into a series. The Tube Riders had to escape Mega Britain, that was about it. However, the wider world required a longer, more complete story.

As a writer I offer just enough "world" for the reader to expand it themselves. However, when I started writing Exile and now Revenge (a lot of which takes place in London again) I needed to expand the world a bit myself. I needed to show a bit more about life inside Mega Britain, and there were times when I'd write something in Revenge and realise I needed to clarify it in Exile for continuity's sake. In hindsight, writing the whole trilogy before releasing any of them would have been the best option (but probably one that would have driven me mad). As I wrote Exile and then Revenge, I found myself needing to tweak the odd line in the original book in order to keep the continuity the same. The most major amendment was that I made a very minor character (so minor that most readers will have forgotten this person, it was a blink-and-you-miss-it thing) two or three years older, because I wanted them to become a major character in Revenge. It didn't fit before, but now it does. Forgive me.

A lot of writers rush things. They bang out new books once a month and write series after series. I don't know if I'll ever write a series again after this. Before Tube Riders I was all about the standalone, and while no one buys my standalone books I've always preferred writing a story that was contained in a single volume. That's the artist in me talking, not the bookseller. The two engage in fisticuffs regularly.

I want the Tube Riders series to make my name and I want people to be reading it and recommending it in ten, fifteen years time. I want it to be good.

To that end I'll take as long as necessary, but I do think that its quite possible I can have both books out by Christmas. Providing I don't run into any major plot walls in Revenge, I should be able to finish it in September. Then I'll take October to edit Exile again, and November to edit Revenge. In December I'll drink beer and go snowboarding. Something like that.

So bear with me. Both books will be with you soon. But in the meantime, keep the angry mail coming. It's really quite addictive to know people care so much about your books. I can see why George RR Martin releases his six years apart. Unfortunately I don't have his patience.

Back to the writing desk ...

It's taken a while for me to get everything finalised but I'm pleased to announce that the paperback version of Head of Words is now available.

The formatting was done by Suzie O'Connell at Indie Proud, and the cover by Su Halfwerk at Novel Prevue.

The book can be purchased in the US here and in the UK here. I am immensely proud of this book. I hope you enjoy reading it.

But as space reaches a premium and tensions begin to rise, Dan's whole world threatens to implode around him.

The real nightmare is about to begin …

Veering from brutal to comic via tragedy, disaster and love, Head of Words is the story of one man’s path to understanding upon a rollercoaster of life that threatens to both destroy him and set him free. 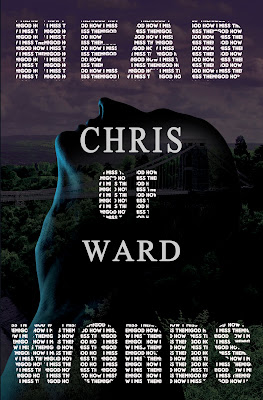 What the reviewers say:

The writing is funny, touching, moving and absolutely compelling. Head of Words is one of those books you cannot put down.  - Scott Bury