Been meaning to add a few more pics of our trip to South Korea in July but haven't had a chance to get around to it.  Finally, here they are. 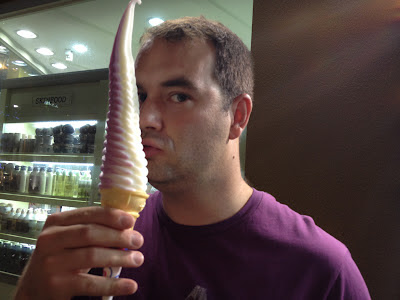 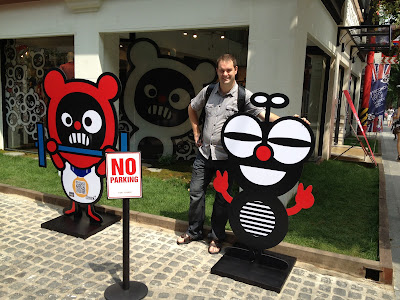 Some street characters in downtown Seoul. 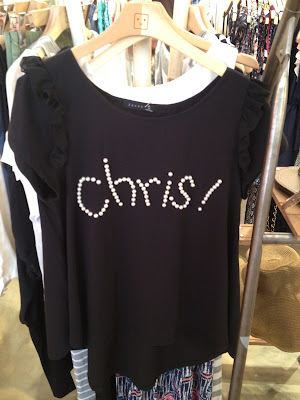 The best t-shirt ever made.  Ever. 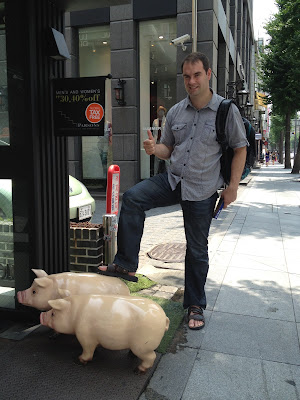 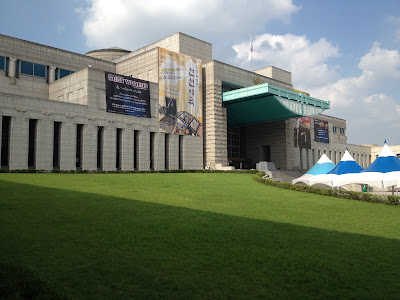 The war museum in Seoul.  I hate war, but it fascinates me. 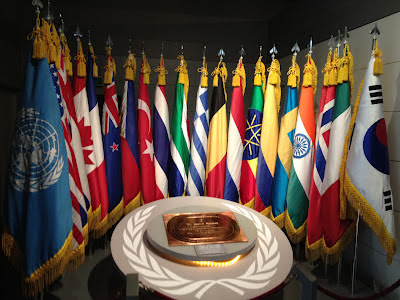 These flags are for all the members of the current United Nations. 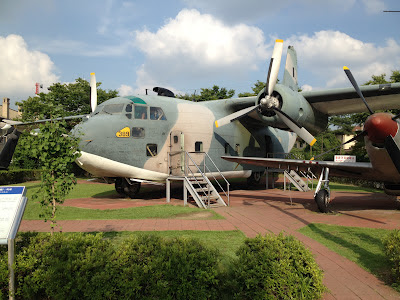 A B-52 bomber.  Look at the size of that thing, built purely for killing as many people as possible.  Is there really not a better way to be spending money? 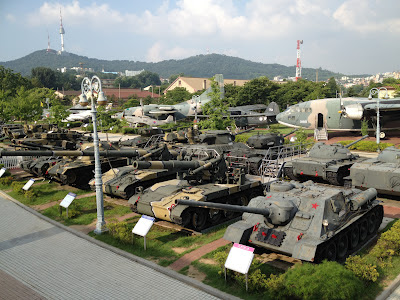 Another field of war machines outside the war museum. 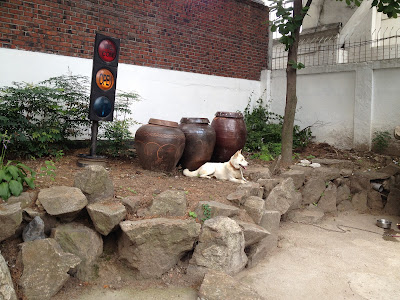 Large kimchi pots, and um, a traffic light outside our hotel.  Protected by the very friendly hotel dog. 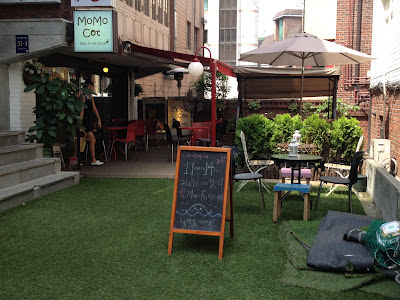 A pretty little cafe in downtown Seoul.  I thought the city was pretty nice for the most part, particularly in the shopping areas. 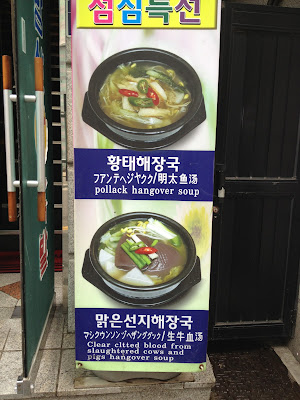 Some rather "delicious" soup near our hotel.  Unfortunately we didn't have time ...!