The second in my Five Tales series went live today. These are five rather mournful tales of failure, aging, death, etc. No comedy here. I'm rather proud of them, though. 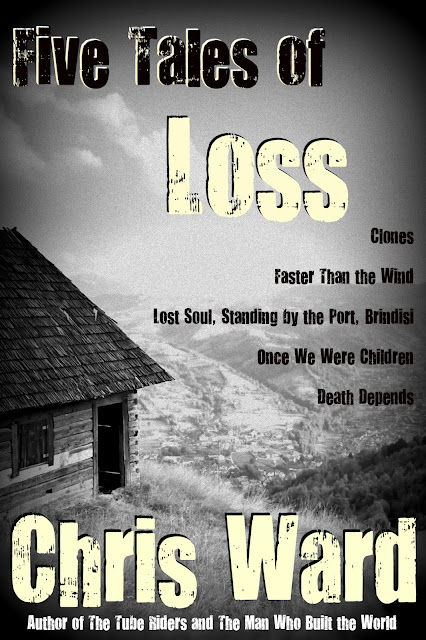 The cover is actually from this stock image of an abandoned house, which I bought from www.pond5.com for $20 or so. 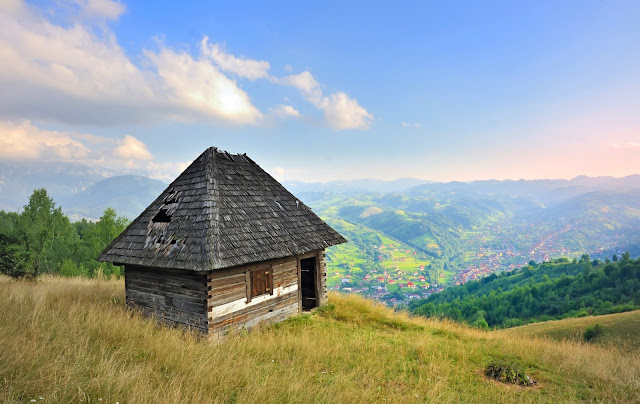 I just cropped it, and used a kind of black and white effect from Picasa Creative Kit. I think it came out rather well. I used the same font as for most of my short stories. I'd love to have all of these covers professionally done but I just can't afford it, so the next best thing I can do is attempt a bit of branding by keeping the fonts the same, even though I tend to change the size and colour. You'll notice how it stands out from the background a bit - that's just two layers of text in different colours, slightly staggered. It's basic stuff, but this time last year I'd have had no idea!

As for the stories, Clones and Once We Were Children were written in 2012, and I consider them to be two of my best stories. Clones is about a man trying to a girl he almost had a short romance with at a holiday camp. It's very loosely based on a holiday romance I didn't have once, although only the situation, not what happens after. I wrote it after reading Ray Bradbury's The Lake, and tried to copy the style.

Once We Were Children is about an old Japanese man looking back on the good times of his life. I wrote it after watching yet another of the melancholy family dramas that the wife loves. I wanted to see if I could write something better. I don't know if I did, but I like it.

Death Depends is the oldest story in this collection and dates back to 2002. It's available elsewhere, which is a feature of these collections - one story that you can read somewhere else and four new ones. It contains my best twist ending. You won't pick it, I guarantee it.

Faster than the Wind is a kind of mundane sci-fi, which is basically sci-fi which doesn't contain any science. In this story, we are in a near future world where some humans are growing significantly taller than others. Larry is a Tall, and reaches almost nine feet. He's also a sprinter, and wants to enter the Olympics. However, there are a few obstacles in his way.

Lost Soul, Waiting by the Port, Brindisi, was written in 2008 and was actually sold to a pro magazine that then went bust. I used to live in Brindisi, Italy, and really wanted to write a few stories set there. I was having such a good time in those days that I didn't have much time for writing, but this story came a few years later. It's not based on anything that happens, but contains a rather strange situation for the central, unnamed character.

And there we have it. The next mini collection is tentatively titled Five Tales of Dystopia. I'll be putting it out in the next couple of weeks.

In other news, I started editing Tube Riders: Exile this morning ...