Castles Made of Sand & The Tree

I wanted to write a little bit about the two most recent stories I'm publishing on Amazon, Castles Made of Sand, and The Tree.  Both contain a moral message of sorts.

The first of these, Castles Made of Sand, is a space exploration story set on an alien world.  Two explorers, Randall and Boyd, come across a number of giant sandcastles on a beach and set about trying to find out who made them and why.  The message in this story is very much about the care humans must take when they interact with other living beings, be them animals or perhaps one day creatures from another world. 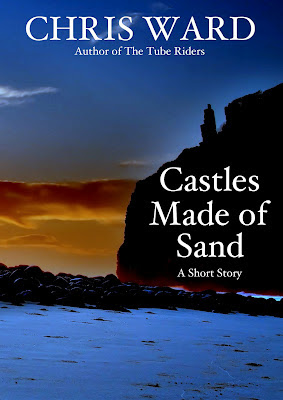 This story is especially important to me because it kick started my writing career back in 2006, and was the first significant story I had written in four years.  2002/3 was a golden period for me, and some of my best stories, including Joyriders, The Ageless, Benny’s Harem and the original short story from which my novel Tube Riders came, were written around that time.  However, I failed to sell anything, got disillusioned and gave up for a while.  Then, in 2006, I wrote Castles Made of Sand, discovered the ease of submitting via the internet, and it quickly became my first paid sale, after a couple of earlier ones had fallen through in the way that they so often do in the small press.  It has since been sold as a reprint to the magazine Aoife’s Kiss, and was published in 2009.  Now the rights are mine again, it’s taking its turn on Amazon.

The Tree is a dystopian story set in the future.  It was a bit of an experiment, written as it is in the form of a diary by a girl called Cybil, whose father works somewhere off-world, and one day returns home bringing with him a gift that Cybil and her brothers and sisters have never seen before – a little oak tree in a pot.  The story focuses on the reaction of the children and the fate of the little tree. 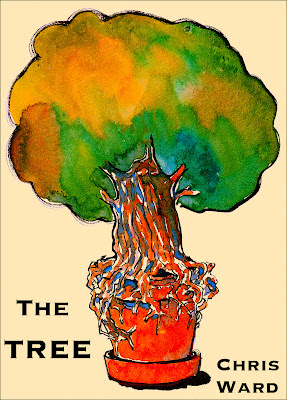 In school I remember reading what I thought was a short story but on investigating (thanks, Google) it seems to have been a poem, called We are Going to See the Rabbit, by an English poet called Alan Brownjohn.  The Tree is heavily influenced by this poem.  I found the poem on the net here, but have pasted it below for your interest (no copyright infringement intended).

we are going to see the rabbit

We are going to see the rabbit,
We are going to see the rabbit,
Which rabbit, people say?
Which rabbit, ask the children?
Which rabbit?
The only rabbit,
The only rabbit in England,
Sitting behind a barbed wire fence
Under the floodlights, neon lights,
Sodium lights,
Nibbling grass
On the only patch of grass
In England, in England
(Except the grass by the hoardings
Which doesn’t count.)
We are going to see the rabbit,
And we must be there on time.
First we shall go by escalator,
Then we shall go by underground,
And then we shall go by motorway
And then by helicopterway,
And the last ten yards we shall have to go
On foot.
And now we are going
All the way to see the rabbit.
We are nearly there,
We are longing to see it,
And so is the crowd
Which is here in thousands
With mounted policemen
And big loudspeakers
And bands and banners,
And everyone has come a long way.
But soon we shall see it
Sitting and nibbling
The blades of grass
On the only patch of grass
In- but something has gone wrong!
Why is everyone so angry,
Why is everyone jostling
and slanging and complaining?
The rabbit has gone,
Yes, the rabbit has gone.
He has actually burrowed down into the earth
And made himself a warren, under the earth.
Despite all these people,
And what shall we do?
What can we do?
It is all a pity, you must be disappointed.
Go home and do something else for today,
Go home again, go home for today.
For you cannot hear the rabbit, under the earth,
Remarking rather sadly to himself, by himself,
As he rests in his warren, under the earth:
“It won’t be long, they are bound to come,
They are bound to come and find me, even here.”
ALAN BROWNJOHN
It's a pretty interesting thought to have no grass, rabbits or trees left, and while we might look around us now and think that such a situation might never happen, it's important for all of us to make an effort to look after the world we live in just to ensure that a world like that in the poem above or in The Tree never happens.
CW