My friend Suzie O’Connell, writer of the very successful Northstar Angels romance series recently tagged me in a blog hop to talk a little about my current projects and what I write. Thanks, Suzie, for tagging me. Here goes …


What am I working on?


My primary work in progress at the moment is a prequel to my Tube Riders Trilogy. The overview title is Rise of the Governor, but I have another title in mind which is underwraps for now. The reason being that I’m still trying to structure the story and I’m unsure how many parts it will end up as. The Tube Riders Trilogy tales place over three years, and came out at 450,000 words. The Governor’s backstory encompasses almost 140 years! It’s likely to be a trilogy, focusing on three key stages in his life. I won’t lie and say that part of me isn’t doing this because of the added financial incentives of writing a trilogy, because in a way it is. However, I never scrimp the reader. Each book will be long, and it will be a complete story, full of action, tragedy, heartbreak, and all the other stuff my fans have come to expect.


In addition to this, I’ve been doing a few other bits and bobs. I write sports stories under a pen name (Michael White), and I’m just finishing up the sixth in the series. After Tube Riders, they’re my biggest sellers these days. On top of that, I recently had a halleluiah moment when I figured out how to do page numbering for paperbacks, at long last. For a long time my personal finances have meant I could only afford to pay a formatter to do my longer novels, but now that I can do internal paperback formatting myself all of my novellas and collections will soon be available in paperback. Just yesterday I commissioned the covers of my comedy novellas (under the name of Michael S. Hunter) to be expanded into paperback covers, so they should be available within a week or two. All my short story collections will soon follow.


And the final thing is the Tube Riders boxed set. I’m currently using my spare moments to do the hyperlinked table of contents. It’s time consuming…


How does my work differ from others in the genre?


My main work, The Tube Riders books, is dystopia with trains. That, as far as I can find, is completely unique in the genre. I am a trendsetter, not a follower. I have never once tried to write a book because “that’s what’s popular now”. That’s lame. In years to come people will praise me as the man who made trains cool. I mean, come on, what’s not to like? They’re these massive, noisy, snake-like machines that can go at huge speeds. Tube Riding should be more popular than soccer, because its way more exciting, if a little dangerous…

Why do I write what I write?


I just love writing. Genre isn’t so important for me, because I’ve written in many different genres. My stories do follow a common theme though, and that is that they are low on tech but high on human interactions. So, in a sense, I guess, my writing is about examining the human condition.


How does my writing process work?


It’s gone through a number of transformations over the years, but right now I try to write the first drafts as quickly as possible. I write hard, and I write every day. I work full time, so I can’t write massive amounts, but I aim for around 2,000 words a day. This year so far I’ve written 107,348 words. I’m not happy, but I’m satisfied. And yes, I keep a spreadsheet…! Deadlines and targets are everything for me, so I keep a record of daily/monthly/yearly wordcounts, averages per day/month/year, etc. There’s always a target somewhere to push me on for another couple of hundred words.


Once the draft is done, it goes on the shelf. Everyone works differently, but I like to leave my drafts to mature until I can barely remember the plot. A couple of months at least. Then I can go back to it with a fresh set of eyes. Depending on how bad it is (they’re always bad), I’ll give it three or four edit passes before it goes on to an editor/proofreader. I’m a perfectionist and I trust my own vision. That’s not to say that if an editor, proofreader or beta reader comes back and says they don’t like something I ignore it, because I don’t. I make changes where necessary. But 99% of what you see in the final book is me.


Then, when it’s published, I’ll have a can of beer, take a day off (during which my free time always feels completely empty) and then I’ll get back into something else. I can’t usually start a new novel off the cuff, so I do things like edit old stories for a day or two, change some covers, update my book details in my other books. Usually within a week or so I can get into the next project.


I’ve seen a lot of criticism of people who write fast, but I disagree. In practically every other pastime, the most you practice, the better you get. It’s the same with writing. My output is puny compared to some guys I know, but the more I write the better I write. Also, the more ideas you get, the more seem to come. It’s all part of brain exercise. I’m not overly prolific when it comes to coming up with ideas, but I have more than I can write over the next year already queued up. And by next year … I’ll probably be facing the same problem. It’s a good problem to have.
Remember, The Tube Riders is now permanently free. Also, there will exclusive (and free) content coming soon for mailing list subscribers. Sign up here so you don't miss out.

The latest WIP is finished! (and more news)

Got over the line in the latest book last night. The first draft came in at 94,560 words. It was a lot sparser than some of my other drafts so I'm fully expecting to add a few thousand words in the first revision, but its always nice to get that first draft done.

I started it properly around the end of December, and finished it within two months, which is the fastest I've ever written a full novel. In fact, I wrote it so fast that it almost doesn't feel like a novel at all, but a 300-page short story.

In any case, while its a little rough around the edges it was full-on sci-fi thriller action adventure that should appeal to fans of my Tube Riders series. There's even a little link in there to Tube Riders, suggesting that both stories take place in the same world. It's up to the reader to spot it!

I always thought of myself as a bit of a literary fiction writer but I find writing kickass action sequences and cool plot twists so easy that it's hard to stop writing that kind of book. Still, as long as I'm enjoying myself I'm confident that the readers will be happy too.

So what's up next?

I set myself a goal to write four full novels in 2014, so to have finished the first one by mid-February puts me ahead of the game. I'm going to take a couple of days off to work on some other stuff such as formatting, editing a couple of short stories, and perhaps dredging up one of the trunk novels for a bit of a refresh.

One big Tube Riders thing that's in the works is an ebook boxed set, containing all three novels, all the short stories and an interview with me. If anyone has any questions you'd like me to answer regarding the events in the series, please post them below or PM me through Facebook if they contain spoilers.

And then of course, the next major project will be the Tube Riders prequel, currently titled The Rise of the Governor. While I've been writing the current book I've found it hard to get out of my mind, and although I did a bit of a false start on it last year this time it will be getting my undivided attention.

It's going to be difficult to write in a sense, because the central character is the most hated man in the Tube Riders world. I have to make him a bad guy again but also relatable in his circumstances. While there probably won't be any tube riding in it (I'm saving that for another book for later in the year) it will possibly link to one or two characters from the series as well as introducing a few new ones. It'll be dark, scary and badass. It'll be full of action and heartbreak and all the other cool stuff you've come to expect from the Tube Riders book. I promise you now - this book will be so astonishingly good that it'll make the Tube Riders Trilogy look like it was written by a four-year-old. Trust me on this. The Rise of the Governor is coming. Be afraid, and be very, very excited ....

And in the meantime, remind your friends that Tube Riders book 1 is still perma-free. Ten days as the best"selling" free book in the UK now with almost 4000 downloads. The Brits are loving a bit of chaos on the London Underground, so its time for readers across the pond to catch up. It was recently described as "Dystopian Perfection" in a review, so I hope you're paying attention. I'm bringing the badassness, and I hope you're taking it away into a dark corner and reading the shit out of it.

The Tube Riders is now perma-free

With Exile and Revenge now published and available, I have had the first book in the series, The Tube Riders, price matched to zero on Amazon. That's right, it's completely FREE.

Last night Amazon USA price matched The Tube Riders to free and with no promotion so far it has risen to #638 in the free store, #1 in Genetic Engineering and #9 in Dystopian. I want that #1 spot in Dystopian so give me a hand by downloading the book and sharing the news on your blogs and Facebook pages.

Thanks very much! Enjoy reading my baby. It was a joy to write, and I hope it will be a joy for you to read. 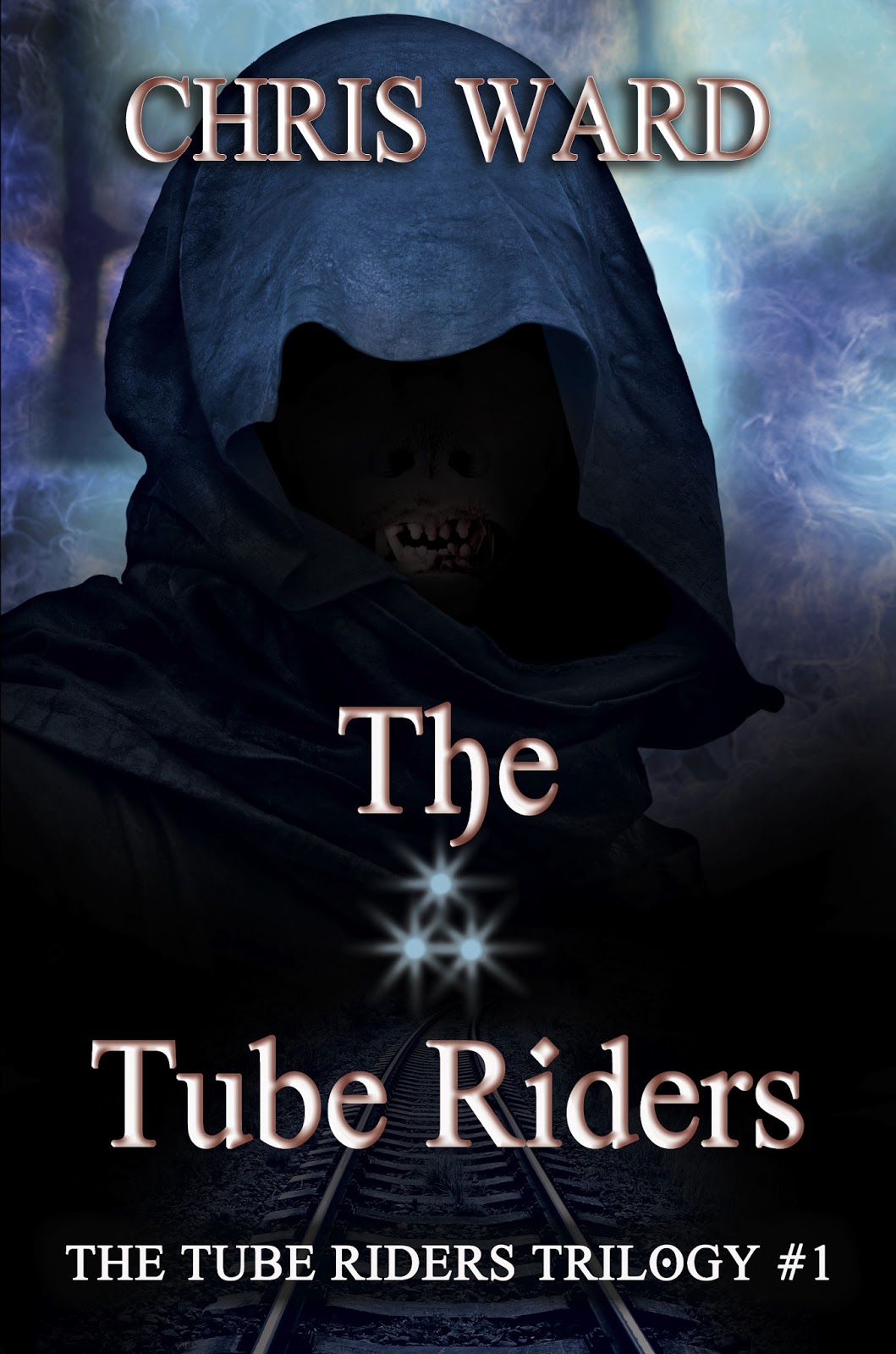 FREE at Smashwords (all formats) 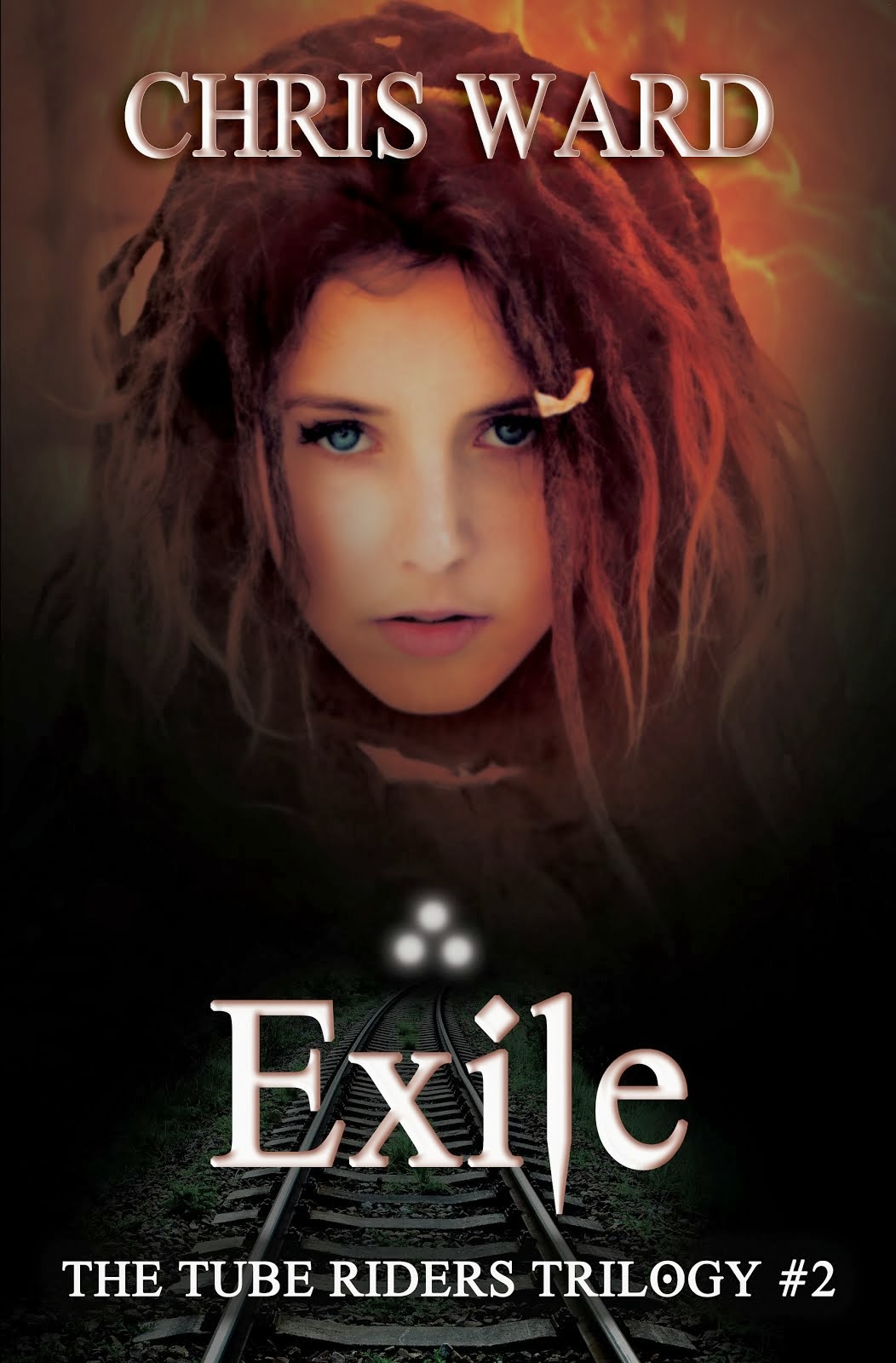 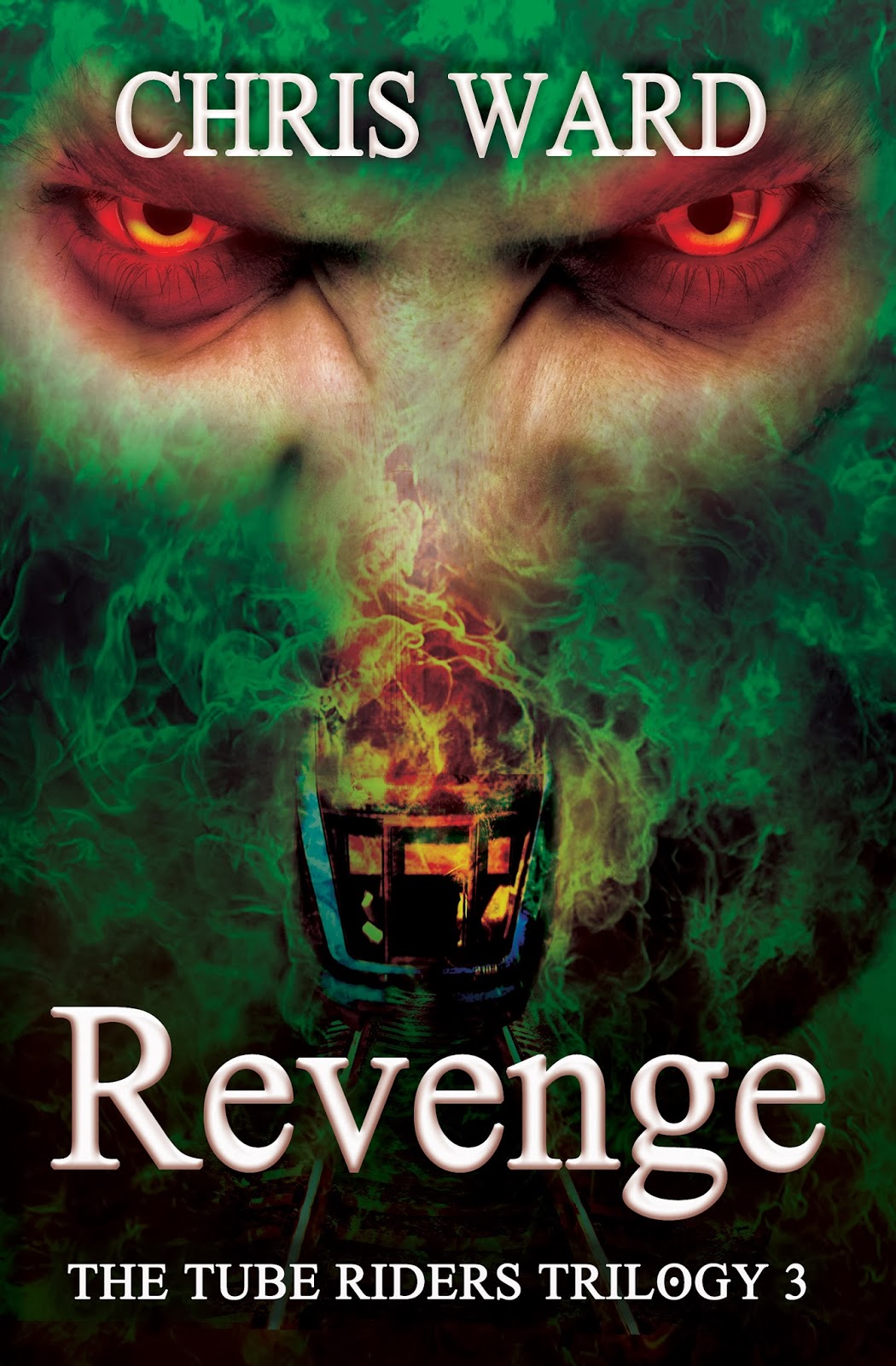