Live together, die together ...

Having narrowly escaped the Governor's savage Huntsmen, Marta Banks and the other surviving Tube Riders are on the run in northern France. Trapped inside a government-assigned quarantine zone, they search for a way out of a bleak countryside littered with abandoned worker robots and haunted by sinister monks, while at the same time a far deadlier threat than any they have faced before is searching for a way in ...

From the towering spires of Mont St Michel through the dark horrors of the Paris Catacombs to the treacherous peaks of the French Alps, The Tube Riders: Exile is an epic continuation of Chris Ward's Tube Riders series. 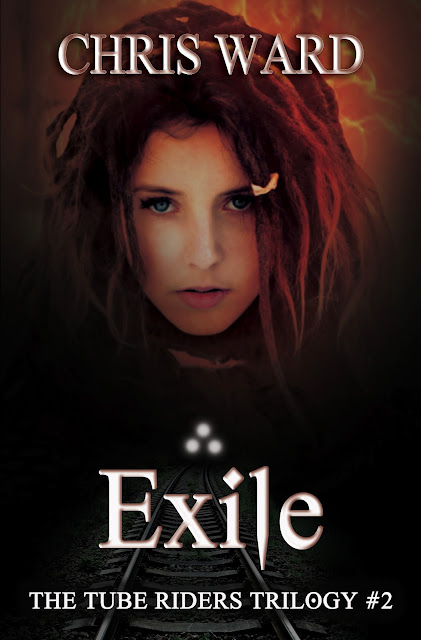 Okay, you've waited long enough and I've been getting itchy to show them, so here are the covers for the next installment in the Tube Riders series.

Firmly established as the heroine of The Tube Riders series from part one, I decided it would be nice to put Marta Banks on the cover of part two. My cover designer, Su Halfwerk, did a fantastic job of creating the Marta from my imagination. I would go as far to say that the girl on the front of Exile IS Marta, from her dreadlocked hair to the look in her eyes. 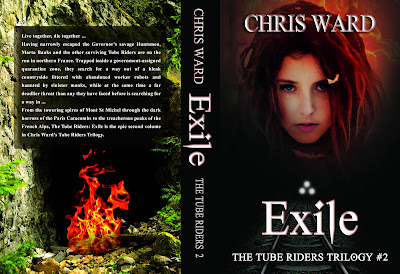 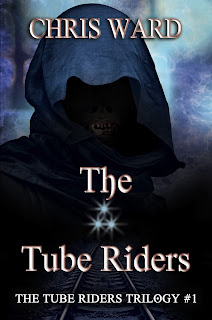 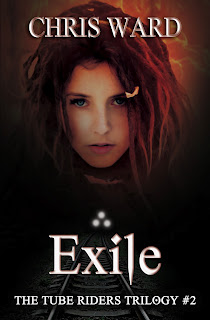 When you put the two covers next to each other there's a definite bit of theme being carried through. I'm very pleased. I'm looking forward to adding a third book as soon as possible.

Right, back to editing. Not long now ...

Man Who Built the World is a bestseller

Thanks to the Tuesday's promotion on Kindle News and Tips, The Man Who Built the World became my first book to reach #1 in a paid category. It achieved #1 in Dark Fantasy books and held the position for about a day. 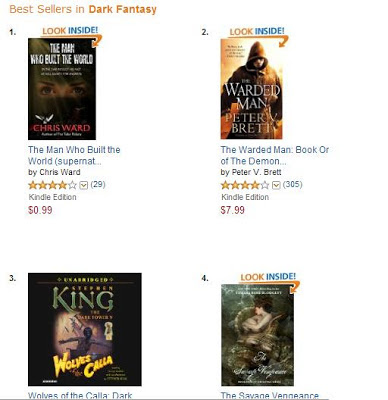 It's total peaks were -

The Tube Riders holds the record for my highest overall peak, at #1075, which it achieved back in April during it's own promo, but it didn't reach the top spot in any single category. It's on promotion again in June and hopefully with the imminent release of Exile it'll get another chance.

While I'm keeping quiet about my sales figures for this one, I'm actually not far short of a decent sales milestone across all my books. I'll let you know ...

Man Who Built the World is on discount

In the rush to get the next Tube Riders book done, I tend to forget the others a bit. However, for the next two days The Man Who Built the World will be reduced to 99cents in the US and the equivalent elsewhere.

It's currently featured here on Free Kindle Books and Tips, and the added exposure has helped it bounce up to #6 in the Dark Fantasy Top 100 on Amazon USA. I've been as high as #4 so I'm hoping it'll have a bit more wind and get a couple of places higher. I really like Free Kindle Books and Tips because they're keen to promote bargain books as much as free ones because while of course we write for love it's always nice to get paid once in a while. They'll be featuring Tube Riders with it's shiny new cover on June 10th, so look out for that.

Okay, over and out. Got to finish off revising Tube Riders Exile. I have two chapters to go. Added in almost 10,000 words so far, roughly 30 pages. No idea where it comes from, but it's actually not much shorter than volume two.

Also, had a couple of hours free up at a mountain school yesterday so I got down to brainstorming ideas for TR: Revenge. I actually ended up doing more on my side novel, set in London after the Tube Riders escape. I've decided to rename it Tube Riders: In the Shadow of London, and I'm hoping to get a bit of time on it this year. I've also decided it might be fun to write a novel about the Governor's backstory. It'll be pretty much one for the fanboys (assuming there are any ...) because the central character will basically be the bad guy from the main series and therefore the story won't have mass appeal, but it does mean that the Tube Riders world could expand to FIVE books. And that coming from a guy who hates writing series ...

Anyway, back to it ... go buy Man Who Built the World and Head of Words while you're waiting, because they're both awesome. Just had another five star review come in for HoW, and there's plenty of critical praise out there for MWBTW that I don't have to say anything. 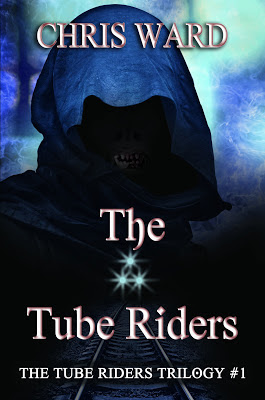 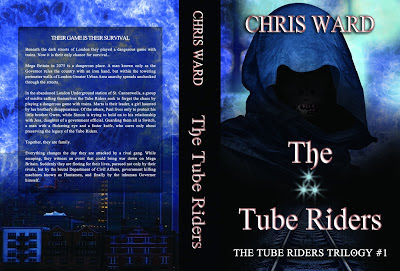 The new cover for The Tube Riders is almost done. It looks cracking. I'll be revealing it very soon.

You'll have to wait a little longer to see the cover for Exile, but I promise it's worth the wait.

In the meantime, go take a look at my self-publishing blog here for some more info on the revision of Exile. It's going great, I just don't have a lot of time, ever. Got about 150 pages to get through, then I'll be correcting the types of errors mentioned in that post, reading it over one more time and then getting it out to my beta readers.

Over and out for now,

Okay, so I've got the cover back for Exile. It's an absolute stormer, and if ever I needed a push to make this book excellent it was this.

However, you're not getting to see it just yet. Once I've got the book's revisions done and its in the final stages of editing/proofing, I'll let you see it then. Soon, soon ...

In fact, the cover is so good that I've decided to have the cover for Part 1 updated to push it up to the same standard. That one I WILL show you, once I'm happy with it.

So just hang in there.

Also, good news for Tube Riders fans is that I'm feeling so inspired by recent events that I've decided to start writing Part 3 straight away. I was planning to start it in September but while revising Exile and with all the cover stuff the Tube Riders world started swirling around in my mind and it's difficult to let you.

Can't promise I'll start today, but soon. In May for sure. I hate writing during the hot summer months but I'll deal with that as I get to it.

In the meantime, while you're waiting for Exile, why not check out my new book, Head of Words? It's a lot different but it shows my versatility as a writer. It also just received this storming five star review. Many thanks to Scott Bury for that one.

That's all for now. Happy reading!

I'm very much a person who likes to spread their wealth but I decided last week that my writing time and energy was being spread too thinly, shared over a variety of projects and promotions. Therefore, in order to get the second book in the Tube Riders Trilogy out as quickly as possible I've scaled everything back. All other writing projects are currently on hold, while I'm attempting (somewhat unsuccessfully...) to withdraw from the social media world in order to concentrate on getting this book revised and out.

It's going fairly well. I've revised 190/542 pages at the time of writing, and the current wordcount stands at 147,393. I've added a couple of thousand words since I started revising, but that's mostly minor world detail. I've not come up against anything yet that stands out as being out of place.

All being well, I'm hoping to get through my own revisions by the end of May (I'd love to say the middle, but I have a day job and a family to look after so time isn't something I have an abundance of right now ...), after which I'll be sending it to a handful of beta readers whom I have already chosen to basically tell me where it does and doesn't suck. Once I've fixed up any common complaints (hopefully there won't be any ...!) it'll go to the editor and then the proofreader. All being well I'll have it published by the end of July, August at the latest.

The cover has been commissioned, so look out for that too. I'm going to try to get Marta on this one, but that's all I can say right now. Stay tuned.

While I'm here, The Tube Riders is currently still 99c, so if you have any friends you want to convert now's the chance, before the price goes back up. Remember, telling your friends and writing reviews helps me out more than you could possibly imagine. The more I sell of part one (and hopefully then part two), the sooner I'll be able to get part three (and four ...?!) out to you. I thank everyone of you who reads my books from the bottom of my heart.