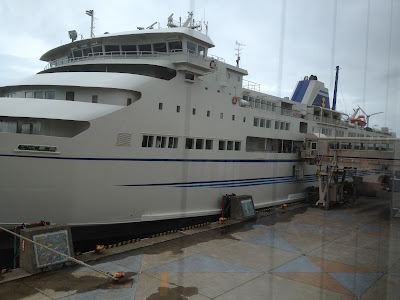 We began our journey at the small port town of Naoetsu on the Sea of Japan in Niigata Prefecture.  Apart from ferries to Sado, Naoetsu is famous for a wonderfully cheap but pretty interesting aquarium, a MacDonalds and some rather dirty beaches. 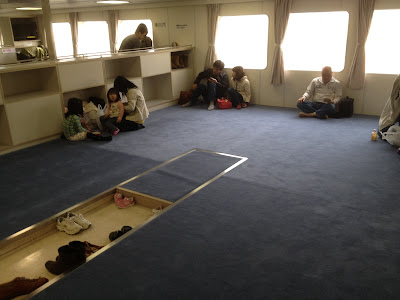 The journey to Sado takes 2 hours 40 minutes by regular ferry, and costs about 4000 yen per person (cars cost a fair bit more).  A hydrofoil goes from Niigata City, further up the coast, and takes just 40 minutes to make the crossing. 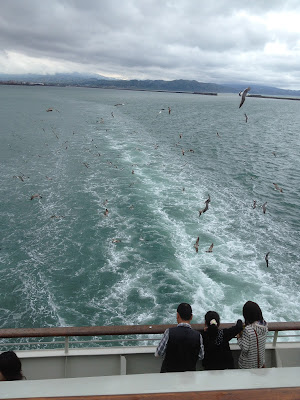 The coast of the mainland receding behind us. 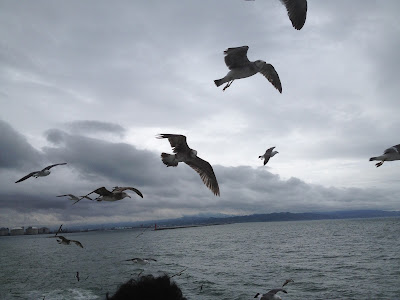 We were accompanied on our journey by a large number of hungry sea birds. 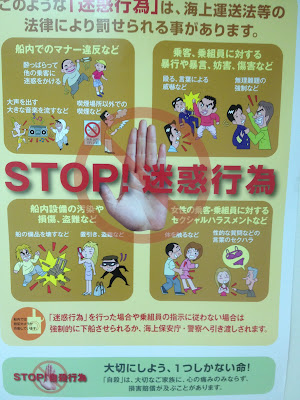 There are a lot of things you're not allowed to do on the ferries,
including punching the staff or breaking the furniture.

When we arrived on the island the weather had closed in, so we headed for a nearby tourist attraction to get a bit of shelter.  The place we went to played on Sado's gold mining history, but was unfortunately a shameless tourist trap.  We paid 700 yen for thirty minutes of sifting through sand looking for tiny pieces of gold, which if we found any (I didn't) we had to pay an extra 500 yen to have them mounted in a little credit card sized pouch. 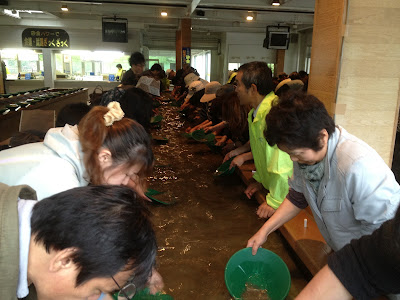 The place must make a fortune.

By the time we'd finished panning for gold we were getting a little hungry.  The only food available at the gold panning place was a little ramen stand outside.  We proceeded to have the worst ramen I've ever had in my life.  Usually you get a piece of pork in there, but as you can see from the picture below they used processed ham instead.  There was some slimy seaweed stuff in there, too, along with the bland tasting noodles.  Apparently it was "Sado-style" ramen.  It's a wonder they don't all starve to death. 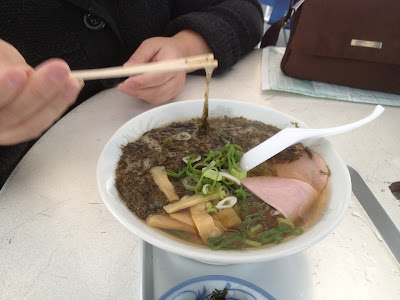 So bad it was good.  Actually, it wasn't, it was terrible.

Afterwards we headed back to the port town of Ogi, where we had some proper lunch.  By this time the rain was incessant, so we decided that since we were soaking wet already we might as well go and take a hot spring bath.  Up on the hill behind Ogi was Ogi Onsen, which some nice views of the harbour. 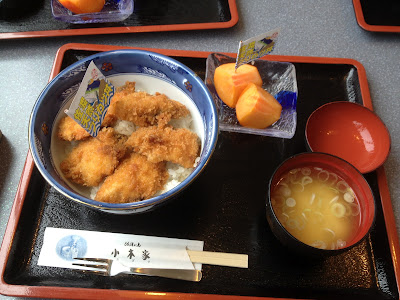 Lunch was pork cutlets back at the port - very delicious 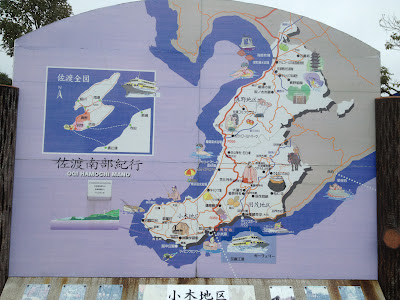 The area of the island we were in. 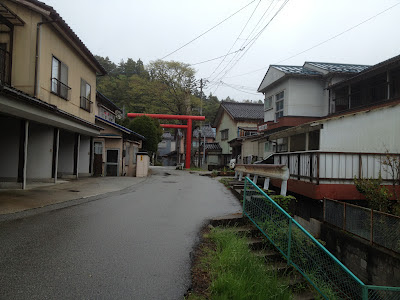 Ogi is a sleepy little town which is only really famous for the Earth Celebration, an  annual drumming festival performed by the Kodo, a world famous taiko drumming group who live near the village and tour the world for large parts of each year. 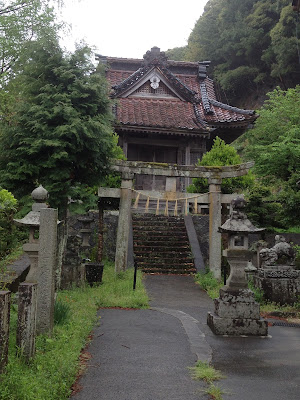 A pretty shrine in Ogi. 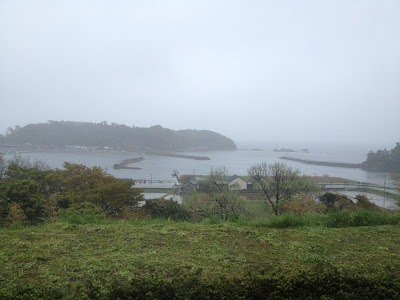 A view of Ogi port from Ogi Onsen. 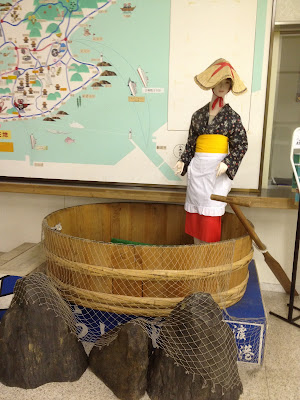 A taribune boat (a model, obviously).

The other thing Ogi is famous for is 'taribune', small, round bottom boats that are rowed by women in traditional dress.  You can get rides near the port for 500 yen but since it was pouring with rain we didn't bother.  I'm not quite sure why the town is famous for them - they seem to be utterly impractical in every way.

So we headed back.  On the return journey we had first class reclining seats, which made things much more pleasant, even if the sea was a bit choppy and the boat was making some horrible grinding noises that made me think it was falling apart.  All in all, an interesting day out!