On "head-hopping" and listening to writing advice

I've recently been giving a polishing edit to the second novel of mine that I intend to self-publish, a stand-alone ghost story set in a small village in Devon, England, called The Man Who Built the World.  This was the fifth novel I wrote, and actually dates back to 2003. 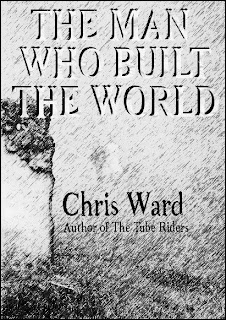 This one is going to be my first cover as
it's my favorite!


Back then I was significantly more prolific than now, but while my writing was sometimes inspired, with some of my best stories dating from that period (and in fact, the plot in TMWBTW is one of my most inventive) I was raw and knew very little about the mechanics of writing.  This was in part because in British school they didn't teach grammar (at least in mine they didn't - I sucked at French because the teacher kept on about tense names and I didn't even know their equivalents in English) and part because for me writing was a natural process, one I didn't think about, I just did it.

For the last nine years I have been an English language teacher, teaching grammar at a variety of levels to first Spanish, then Italian, and now Japanese students.

I know my way around my tenses now, that's for sure.

However, over the same period, pretty much since I've had a decent internet connection, I've been learning about storytelling skills.

I take all the things I read about with a pinch of salt, because in general I trust my own judgement and am pretty confident in my skill to create a well-written story.  I'm no genius, but I've read a lot worse.

However, I do seem to read a lot more about what you shouldn't do than what you should.  And one of those things I've read about a lot of times is what is known as "head-hopping".

In short, this is when you change viewpoint from one character to another in the middle of a scene, in a worst case scenario bouncing your viewpoint back and forth like the proverbial yo-yo.

And in general, it is considered a big no-no.

If you google "head-hopping", you come up with lots of sites telling you not to do it.  In fact, I couldn't find a single one telling me it was okay.

Now, just to clarify, as a general rule, I don't do it.  In my novel, The Tube Riders, I took great care to make sure I didn't do it, with each chapter from the viewpoint of a different character, or if not, with a hash-break in the text to make it clear where changes in viewpoint occurred.

However, when I came to go back over The Man Who Built the World, I found a couple of sections where I had head-hopped a little, in particular the scenes containing the sisters, Elaina and Liana Meredith. Everything I had ever read told me it was a bad idea, but then I realised that due to the nature of their connection (the story is what gets called "paranormal" these days, so its not just a regular flesh and blood connection) it made for an interesting concept to have the viewpoint in the scenes they share together shift from one to the other (not literally mid-sentence, of course, but every few paragraphs).  Convention tells me not to do it, but I don't like to listen to convention.  Convention is for writers who don't have enough spark in their writing and instead have to rely on stylistic correctness in order to convey their message.

Personally, I like the unconventional.  No one who ever read House of Leaves could ever call it conventional, but it's one hell of a book.  Of course, a lot of people do it poorly, but I think there comes a time when any writer who wants to have his or her own voice needs to just can the rule book once and for all.  As long as you trust your judgement, you'll be okay.  I, for one, hate passive verbs and info dumps.  However, something I do love to do is switch from past to present tense midway through a scene.  Okay, so it only happens once in TMWBTW, when Matt is basically going insane, and I think I pull it off pretty well -

‘Come here, Matty.’ Her voice was like the sound of tatty newspaper, caught on a fence and flapping about in the wind. ‘Come give Mummy hugs.’
‘Mummy?’ Eyes filled with tears as his head swung up. He turned towards the window, refusing to look at the shape hunched to his left, an amorphous smudge at the edge of his vision.
‘Come give Mummy hugs, Matty.’
He saw the shape of his own reflection, a black silhouette sat in a black room against a black background, saw the shapes of the things around him, the walls, the door the bed, the – what the hell is that? – all outlined in black. The lines wavered as though alive, a writhing nest of snakes made from shadow, shifting in and out of focus.
And then he sees a shadow deeper than night beside him, hunched and irregular, not man-shaped, not woman-shaped not shaped –
he sees his own mouth form slurred words
- come give Mummy hugs, Matty –
hears tissue paper rustling in his throat
feels arms fall around his shoulders
(no no rag and bone)
cold like dead tree bark
but can no longer see
can’t see
can’t
see –
‘Come to Mummy, Matty –’
From out there in the darkness, out beyond the window and the amorphous shapes and the blurred vision and the twisted limbs, out there in the darkness where the rain sheets and the wind roars, the crashing, rolling, cacophony of the fighting, colliding tree limbs form words and call his name –
‘Matty –’


(this might all get edited out in the final draft, of course!)


Okay, shameless plug over.  Writing like this, for better or worse, is not something I plan.  It's something that just comes out when I'm in the grip of the story.  It might work, it might not (I'll leave that up to the reader to decide).  But I think it is important for a writer to tell their story in the way they want it to be told.


Certain styles will irritate people.  Endless info dumping is boring, however the first 80 pages of The Girl with the Dragon Tattoo is pretty much one long info dump, and look how many that's sold (I actually almost quit at about page 70, but its worth soldiering through).  I'm also currently reading a book by John Grisham where one chapter has a three-page info dump followed by a conversation where the viewpoint switches midway through.  It's clear when it happens, but there are a still a lot of writing sites that will tell you not to do this.  However, I'd judge by the millions of books Grisham has sold that his fans can't hate it too much.


Go with what you feel.  Take every naysaying piece of writing advice you read with a pinch of salt and use your own judgement as to whether it works or not.  Remember, one man's trash is another man's gold, and you'll soon see from the reviews whether people are liking it or not.


And on that note, you probably want to ignore everything I've just said.