Of late I've been doing a lot more non-writing than writing, which while frustrating at times is sometimes necessary.

After a month of flash drive failures and feelings of general burnout I've managed to get writing again, but I've also found myself having to do a lot of non-writing writing-related stuff too.

One of the things I got done just today was to create a mailing list for new releases.  This is something for the casual fan who might not want to listen to me blathering on about how many words I've written this week or whatever, something I will put a link to in the back (or probably the front) of each of my ebooks so that people who like them can find out easily when I put out a new release.  The email box on the blog should be directly to the right of this paragraph, but in case it's gone walkabout the link is here

Click it, put in your name and email, and that's it.  Just to clarify, I will be using this only to send out a notification of a new release, nothing more.  The absolute maximum number of emails you'll get per month is one, because I'm running out of short stories to publish and there's only so fast I can write.

While there is another email subscription box further down that one is for this blog, but I have no clue how many people have signed up for it (or any way to find out) so I'm thinking to can it altogether.  It's in the consideration phase...

Something good that happened this week is my short story, Fallen from the Train, which was my first published story on Smashwords, has been price-matched to free by Amazon.  The whole point of putting my short stories on Amazon in the first place was to advertise my novels, and I'm hoping that this way it'll get lots of downloads and people who like it will want to buy Tube Riders, which is connected to the story. 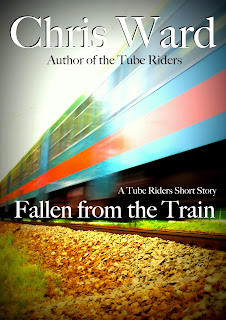 
I had to hassle the hell out of Amazon to get them to do it, sending in about 20 or so notifications of a lower price, but now I know they'll do it I'm going to start shifting my short stories out of Select and onto Smashwords.  It's easier to have them free all the time rather than go about the hassle of putting them on promo and all the messing about that comes with it.  Plus, if it's free all the time there's no need to worry about getting your downloads in a certain period of time.  It's easier all round, and since I've probably made $30 total across 13 short stories since January I have more to gain than to lose.

As part of the process, Smashwords requires higher res covers to make a book eligible for its premium catalogue (going to Apple, Barnes & Noble, etc) so the shorts getting moved across will be getting an upgrade.  First to get the treatment is The Cold Pools.  While I quite liked the old cover, I liked this one more - 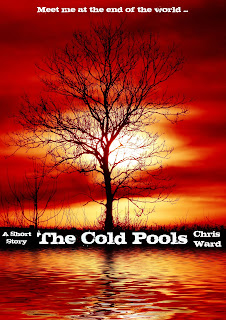 I got the high res pic of pond5.com and added the text using Picasa Creative Kit.  The font is a wonderful one called "Steak".  Yeah, I know it has "cold" in the title but the story is set in a world ravaged by global warming so the deep red is kind of appropriate.  While I have a couple of awesome people who design my novel/novella covers for me I tend to go it alone with my shorts just to save a buck.  They can be a bit ragged but I think this one is great.  In an ideal world I would like to get them all professionally done but I don't have the money for it at the moment.  One day.

The Cold Pools is now on Smashwords and available for free download (click the pic), and once it's up on the premium catalogue I'll be going gung ho to get it price-matched.  I think this one would do well as it already has six reviews on Amazon (four 5s and two 4s) so will get a lot of notice.  I didn't put any sample chapters in this one but I think if people like it they'll check out my other stuff.

And the final thing I've been up to is trying to get the paperback for Man Who Built the World ready.  I have a wonderful cover courtesy of Su Halfwerk just waiting to go but after several weeks of wrestling with the formatting I've finally had to send it for external assistance.  I thought I had all the issues resolved, but checking the PDF tonight I see there are still one or two problems, namely some of the pages are shorter than others.  Very strange.  I've already put the poor formatter through hell so I hate to keep hassling her.  I really want it out by Christmas though.

So, with Christmas coming up, I'm closing in on a year of self-publishing.  I'll of course be doing a first year summary in January when the anniversary comes up but just to let anyone who thinks self-publishing is easy know, it really isn't.  I've broken my back on it this year, but while I've made almost no money I've made a lot of wonderful friends and learned more than I could possibly have imagined.  I always knew I could write and that hasn't changed, but there's so much more involved.  I don't like to think of the hours I've spent on things that many people might view as meaningless, or all the nights I've stayed in to write when I've wanted to go out drinking with the boys.

The first year is always supposed to be the hardest.  I really hope so.  But anyway, it's late, and so I'll leave you with a picture of what I really want to be doing right now... 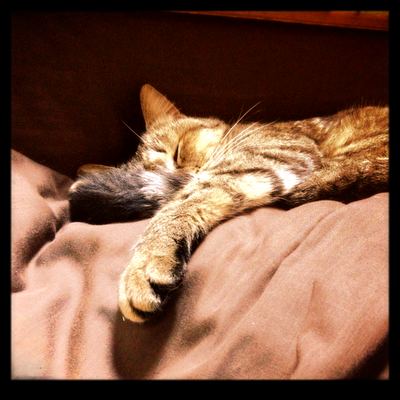