Happy new year everyone from me, Chris Ward, at A Million Miles From Anywhere.  January 24th will mark one year in self-publishing for me and of course will see the big "reveal all" post about how well the first year turned out.  However, prior to that I thought it would be interesting to focus on the future and think about a few plans for the coming year.

As of today, January 2nd, I have 21 items available on Kindle.  These two lovely novels 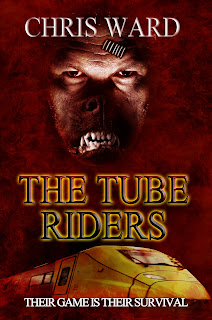 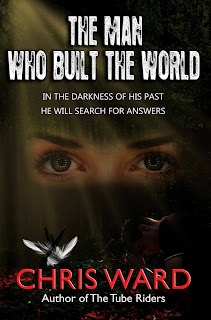 as well as one collection, two novellas, Tube Riders in three separate parts and a bunch of short stories.

Obviously novels are the big sellers, and while I had hoped to have four online by December I failed, basically because I also have a day job, a wife and a cat to look after and novels take a serious amount of time to edit/format.  However, because I was writing towards publication for fifteen years before I started self-publishing, I have A LOT of material in the can, and while some of it is junk (no modesty, it really is) and will never see the light of day, I have enough material that is significantly better than most self-published stuff I read to give me the confidence to eventually publish it.  My aim by the end of 2013 is to have 40 items available, which shouldn't be particularly difficult, although probably twenty of those will be short stories.

I have four old novels that will most likely be published eventually, Possession, Hooks, Head of Words and My Perfect Life.  Of these, Possession and Head of Words are in the best shape (and the shorter two of the four - Hooks is 193k ...) so I'm looking at a spring release for both of these provided they pass their screening tests.

After that . . . I'm working hard on Tube Riders 2, currently called Exile.  The first draft is crawling along, but as of today is sitting at 97k.  The problem is that I'm not naturally a series writer - in fact until I wrote the first Tube Riders book in 2009 I had a rule never to write sequels.  I liked the first book so much that it's hard to bring the second up to the same level while maintaining the thread of story and the themes that are involved.  I'm not one of these people who can churn out trilogy after trilogy, however a lot of indie writers cough up three-book "series" that are actually shorter than the first Tube Riders book on it's own.  No wonder I'm not rich.  Anyway, I'm tentatively hoping for a summer release.

In addition to this my worst kept secret is that I write comedy/action novellas under the name of Michael S. Hunter.  These all come in at about 20k and I've released two so far with a third due this week and a fourth half written.  I'm going to write five initially, then bundle them into an overpriced paperback/omnibus edition.  I absolutely love writing it because it is just hilarious and I can do what I want in terms of story because in comedy anything goes.  Vegetarian zombies anyone?  And don't get me started on The Chicken Whisperer or Hell-Yeah-Dorado.  The central character is a borderline immortal wrestler, but that's about it for the wrestling part except for some OTT fight scenes.  Anyway, while I love writing it unless it takes off I can't really justify the expense of the beautiful covers (see them here).  At the same time I've had nearly zero visibility for Part 1 so far.  I've tried a couple of promos but it doesn't have any reviews yet so it won't get picked up anywhere big which is what it needs to kick off.  However, there'll definitely be five episodes (and maybe a Christmas special ... there's SO much I could do with that!) and more if it starts to pay for itself.

Back to the mainstream stuff, I figure it's about time for another short story collection, so I'm going to put one out in the love/loss kind of vein.  It'll be a mixture of new stuff and old stuff, so once I've chosen the stories it'll probably be up in a month or so.  Also regarding short stories, I'm looking at getting a paperback done for Ms Ito's Bird and Other Stories.  Hardly anyone ever buys it, but it's one of those things that needs to be done as part of building the brand.  Audio books are another thing that's also on the horizon, but they cost a fortune to set up and when I'm selling hardly any ebooks let alone paperbacks, its really not worth the effort right now.

Looking much further ahead, I have a couple more projects in mind.  One is the romance novel I'm working on.  It's gone beyond halfway so will likely be finished at some point.  It's a simple affair, but if I deem it worthy of publication it'll be under a pen name that I'll likely tell no one about in case it tanks.  I've never written romance before so I don't know how well it'll stand up.

Beyond that, I'm also hopeful of finishing off my Tube Riders-related novella, which is also ticking along.  I have a tentative plan to expand it into a short companion novel of around 80k, but it'll probably be winter before I get to it.  After that I want to write another science fiction novel, based on an old short story, called Changing Sides.  It deals with age segregation.

Okay, so more or less, here's my rough publication schedule for the coming year -

In more general plans, I hope to write at least 500,000 new words and expand my social reach a bit, for example 1000 Facebook likes, etc. I'll probably fail miserably to make those targets, but we'll see.  In the meantime, back to the writing desk ...

Email ThisBlogThis!Share to TwitterShare to FacebookShare to Pinterest
Labels: 52 short stories in a year, My books, my writing, novels, The Man Who Built the World, The Tube Riders, Writing