I just finished reading this book, which was recommended to me by a friend.

The Passage was an exceptionally written book which really transcends the whole virus-ends-the-world story and stands head and shoulders above anything else I've read in the genre. It's basically Stephen King's The Stand plus vampires as written by Michael Critchton. It's deep, layered, involving, and had enough plot twists (particularly near the end) to set it apart from the conventional storyline in these kind of books. 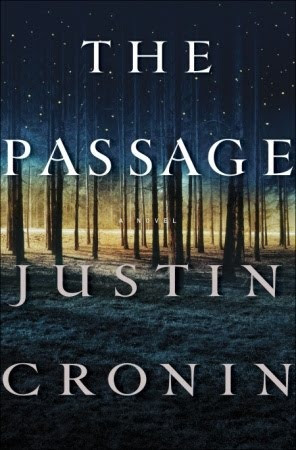 A lot of reviewers have complained that there are too many characters. There are, and I almost docked it a star because of it.  Cronin has a habit of explaining many major events from multiple viewpoints, and while this can work, over such a long book it became a little wearing. A lot of characters, particularly those in the Colony, were entirely surplus to requirements. You invest an interest in a character or a group of characters only to have them die off screen. I understood that Cronin was going for a realistic world view and he completely achieved it, but there were instances where I found myself scowling at the screen, right up to the last chapter. However, it was obvious early on that you should never assume anyone is dead until you've seen their body in the ground.

There were a few things that I was dubious about, for example after a hundred years would canned food still be edible? Or, judging by my own clothing after just four or five years, would stuff just lying around in shops not just fall apart the moment you pulled it on? However, the depth of Cronin's research was obvious so I'll just trust him on it, and enjoy the story for what it was.

The virals, I have to say, were awesome. Insect-like vampires with more in common with I Am Legend than Dracula, they were frightening and deadly. And Babcock has to be the coolest uncool name for a vampire ever.

If you like vampire apocalypse type books you will love this. However, it's a massive time and emotional investment. I read the entire Hunger Games trilogy in half the time it took me to read this one book, and while I enjoyed that series, in comparison to The Passage it was like some kiddie playground sandbox stuff.  This is a big, bad, hardcore apocalypse novel for adults. I will definitely be reading the second book in the series but I'm going to take a break now and read some lighter stuff because it left me emotionally drained.

Last thing - apparently Ridley Scott has optioned the movie rights, which is great news. I'd be at the cinema in a second if this came out as a movie. However, it's so damn long than I think it would work far better as a TV series.

Easy five out of five.

Email ThisBlogThis!Share to TwitterShare to FacebookShare to Pinterest
Labels: Book Reviews, My books, my writing, reading, The Hunger Games, The Passage, The Tube Riders