Nagano Olympic Commemorative Marathon has been held every year since 1999, to remember the Nagano Winter Olympics in 1998.  This year was the fourteenth and rather a special one because the event was cancelled last year in the wake of the Tohoku earthquake. 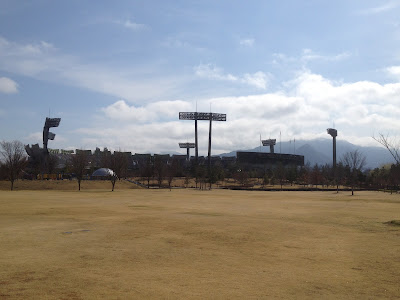 Two years ago I dragged myself around the very flat and pleasant course in a backbreaking 4 hours and 57 minutes, but this year was I doing a volunteer activity organized by the Japan branch of the Junior Chamber International, an organisation which promotes humanitarian activities.  My wife’s brother is the chairman.

The JCI assembled a group of foreigners, made up of teachers like myself and university students, to help little children make cheering implements (tambourines, maracas, etc) out of recycled items such as plastic bottles and old milk cartons.

In total 23 foreigners participated, and a good day was had by all.  Here are some photos of the event. 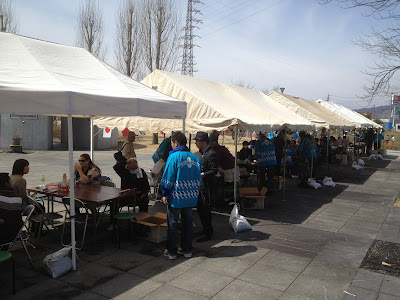 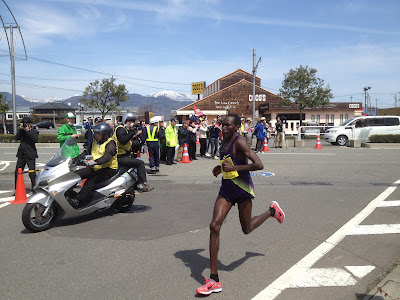 The eventual men's winner, Francis Kibiwott, with Mt Iizuna (1917m)
in the background. 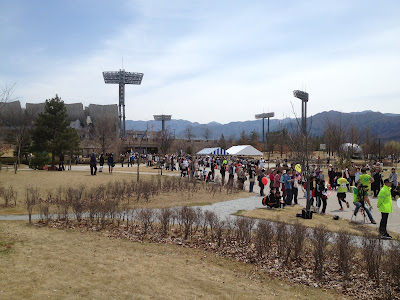 The crowds lining the final approach to the Olympic Stadium. 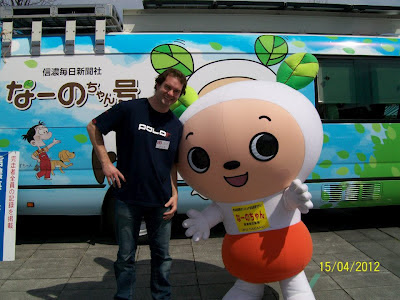 Me with "Nano-chan", the Marathon's mascot.  Japan loves "cutesy" things.
Must have been really hot in that suit.

The men's race was won by Kenyan Francis Kibiwott in a new course record of 2:09:05, while another Kenyan, Pauline Wangui won the women's race in 2:34:22.  The Wheelchair Marathon (21km) was won by Masayuki Higuchi in 44:37.